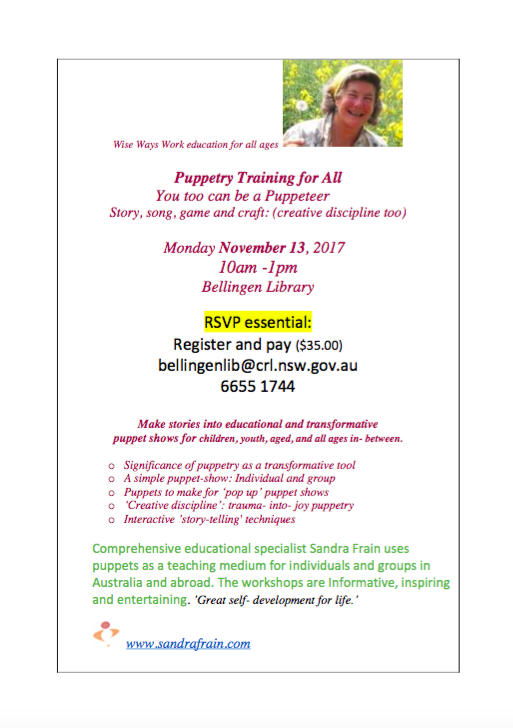 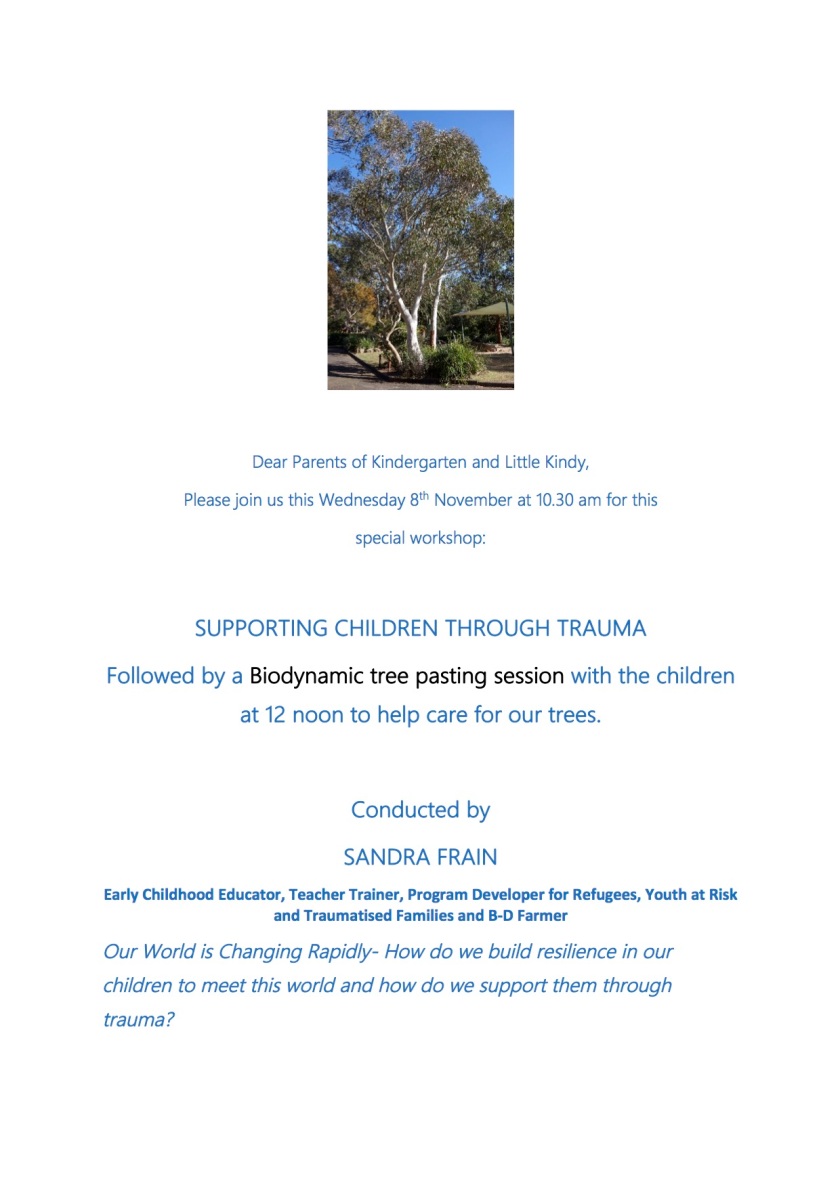 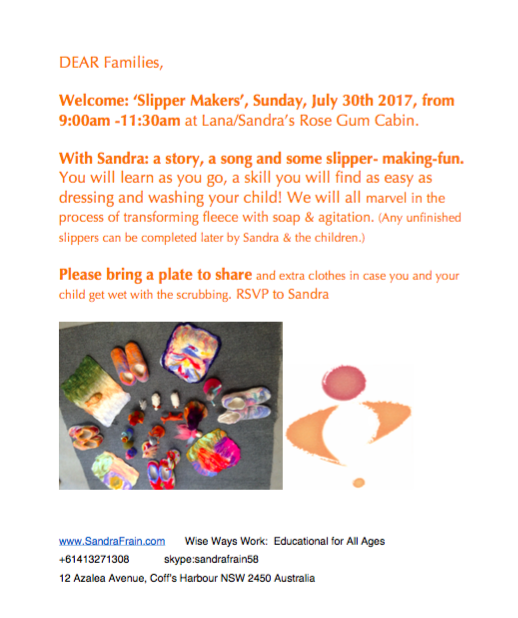 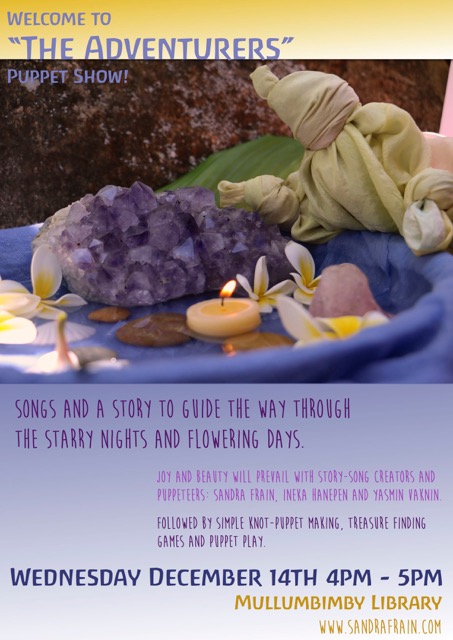 DAY FESTIVAL WITH THE MOTHERS CENTRE

THE JOY OF PARENTING & LEARNING

An experiential workshop for Adults

THE JOY OF PARENTING

An experiential workshop for Adults

An end of Winter celebration

The ancient world-wide craft of:  “Wet” and Dry Felting”

STORY MEDICINE FOR ALL

Increase your ability as a Teaching Healing Professional

* Due to demand, an additional Workshop will be held on March 3rd 2015 at Lilly Pilly Preschool, Brunswick Heads.